You have a birth stone, a star sign - and also a birth flower, depending on the month in which you were born. There two birth flowers most commonly associated with May. 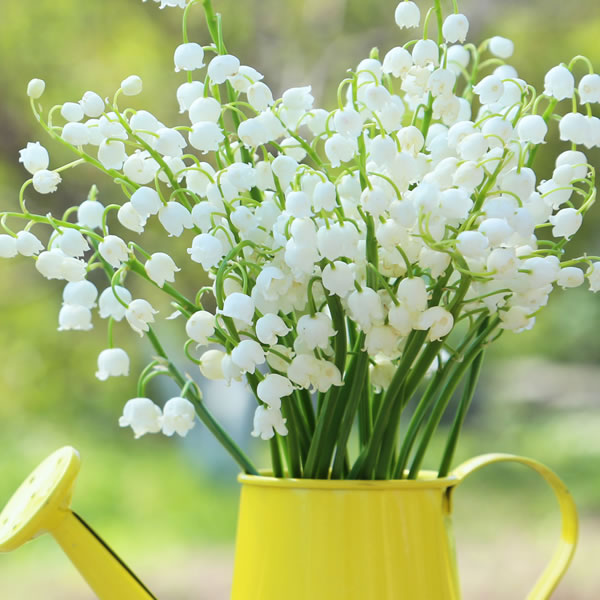 Lily of the valley

Its scientific name is Convallaria majalis, the second word of which means “of or relating to May”, so it’s an obvious choice as a birth flower for this month. It has small white fragrant flowers, and spreads to cover large areas, particularly in semi-shaded woodlands. The flower is closely associated with weddings. It was included in Kate Middleton’s spectacular all-white bridal bouquet – along with sweet William, chosen for obvious reasons. She followed in the footsteps of Grace Kelly, whose bouquet sixty years earlier consisted entirely of lily of the valley. Despite these romantic associations, all parts of the lily of the valley are highly poisonous. As a birth flower for May, it has connotations of humility, purity, and the return of happiness.

The fair maid who, the first of May,
Goes to the fields at break of day
And washes in dew from the hawthorn tree,
Will ever after handsome be.
Traditional rhyme

The other birth flower for May is the hawthorn, Crataegus, a genus of shrubs and small trees belonging to the rose family. The species you’ll most commonly see in the UK is the common hawthorn, C. monogyna. Sometimes known as the May tree, because that’s when its pink and white blossom emerges in all its glory, it’s often used as a hedge. In fact the name of the fruit, the haw, comes from the Old English haga, meaning hedge. The apple-like haw is edible, but the seeds are poisonous.
Flowering branches of the hawthorn are highly decorative, and were often placed on display on 1 May. People went “a-Maying”, gathering the branches and placing them above their front doors for good luck.
Britain’s most famous hawthorns are in and around Glastonbury. This area has its own variety, C. monogyna biflora, which flowers not once a year, but twice. This was believed to be a miracle, connected with Joseph of Arimathea, who visited the town with the Holy Grail and thrust his staff into the ground. It has been bred in the area for centuries, and local schoolchildren send a branch to the Queen once a year.

As a birth flower for May, the hawthorn is rich in symbolism. Its other main connotations are love and protection. 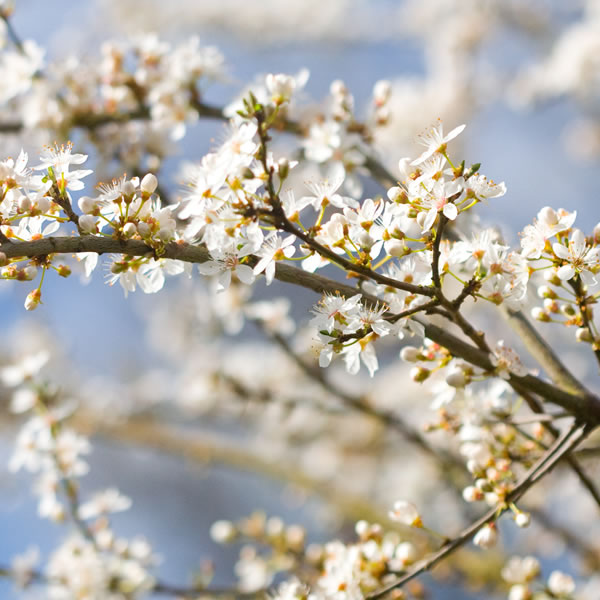 Eflorist’s dazzling birthday bouquets make the ideal birthday gift for those you love.