Just as you have a birthstone, you also have birth flowers, depending on the month in which you were born. Carnations and snowdrops are the two birth flowers most commonly associated with January.
Many of our bouquets contain carnations. Cherry Cupcake consists of hot pink, red, and cream stems, mixed with seasonal foliage, while Dawn Till Dusk features gorgeous peach carnations. 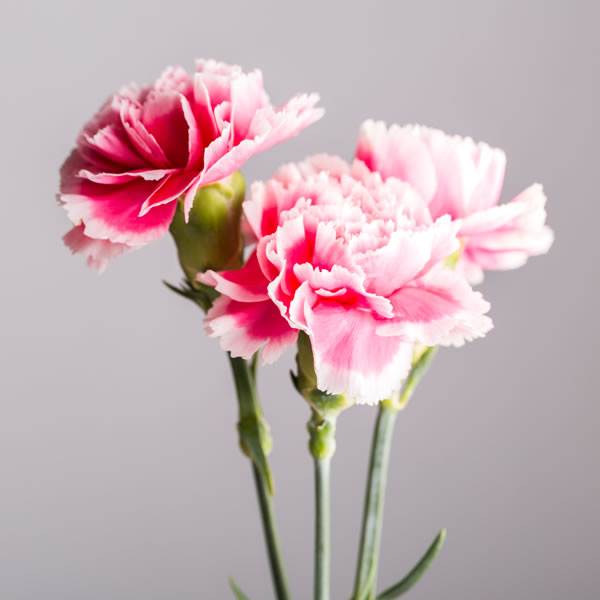 Carnations come in two types: border or garden, and perpetual-flowering, which tend to be taller, have bigger flowers, and are mainly grown under cover by farmers. Their wild ancestor, Dianthus caryophyllus, probably originated in Greece and Italy.

They’re among the most popular commercial cut flowers, with most being imported from the Netherlands. Pinks are low-growing and often more fragrant, with colours also including red, purple, and white. No one quite knows where the word “carnation” comes from: it may be a corruption of “coronation”, because it was used in crowns of flowers or from its toothed, crown-like petals.

Alternatively, it could come from the French carnation, meaning complexion, because of its pinkness. Some are clove scented, and were reportedly used as a substitute for that spice. The carnation is one of two January birth flowers. It’s commonly associated with love (which is why it’s so often used in weddings and for Mother’s day), fascination, and distinction.

Its Latin name is Galanthus, from the Greek for “milk flower”. In French the snowdrop is known as the perce-neige because it pierces the snow, and the Germans call it Schneeglöckchen, little snowbell. And it’s not to be confused with its larger and similar-looking relatives Leucojum and Acis, both commonly known as snowflakes.

Whatever you choose to call it, the snowdrop reminds us that when winter comes, spring is not far behind, putting out flowers while most of the plant kingdom is taking a long nap. It is native to a very large area of Europe, but not the UK, which is surprising given that it’s so common in the wild. Those snowdrops you see in woods and fields are descended from garden escapees. Ironically, the plant is critically endangered in large parts of its native habitat, because nearly all the snowdrops have been dug up for sale.

The snowdrop propagates in an unusual way: its seeds have fat- and protein-rich structures called elaiosomes attached to them. These are eaten by ants, which transport the seeds along their tunnels, where they eventually germinate.

The snowdrop is one of two January birth flowers. As you’d expect from a plant that emerges at such a seemingly unpromising time of year, it symbolises warmth and hope. 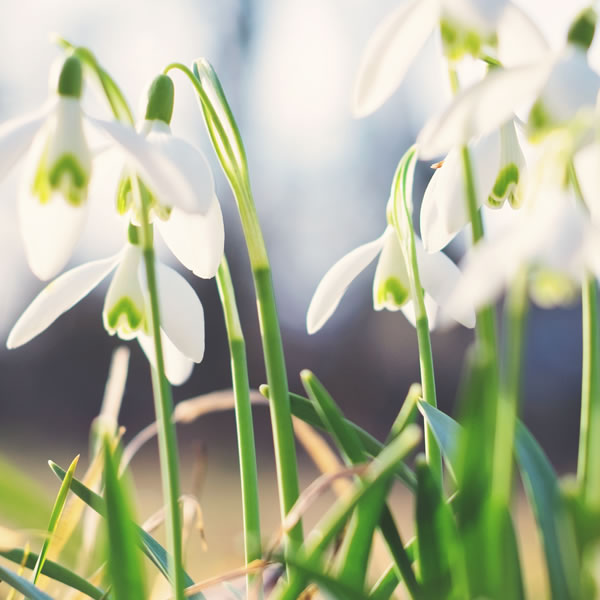 Looking to buy birthday flowers for someone you love? Many of our bouquets contain carnations, one of the two birth flowers for January.