Your birth flower varies depending on the month in which you were born. These are the two birth flowers most commonly associated with March. 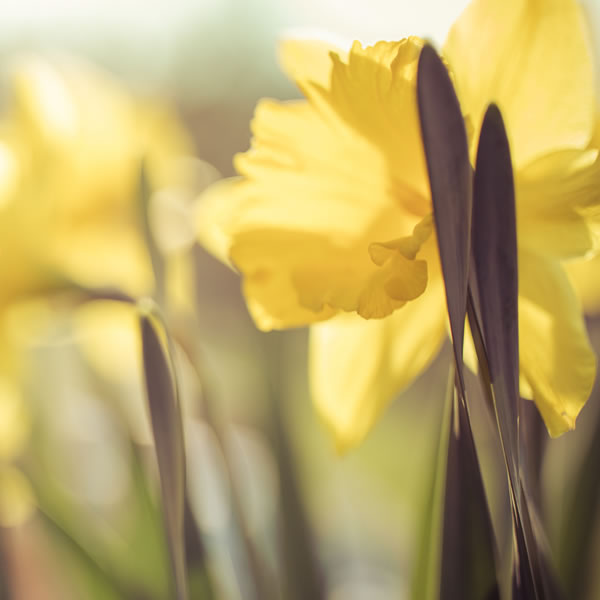 The daffodil and jonquil are close relatives, both members of the genus Narcissus. Daffodil is the common name for any of these species, but most people use it to refer to the large, trumpet-shaped flowers of N. pseudonarcissus. Jonquil, strictly speaking, refers to Narcissus jonquilla. This tends to have clusters of fragrant flowers rather than individual ones, and tube-shaped leaves rather than the flat ones of daffodils. Its name (beloved of Scrabble players) derives from the Latin juncus, meaning rush or reed, because of the leaf shape. In the middle ages, daffodils were known as affodils, from the Greek asphodelos. One theory about the addition of the letter d is that it comes from “de”, the Dutch word for “the”, since the bulbs come from the Netherlands.

Daffodils are natives of southern Europe, where they are believed to have emerged some 25 million years ago. They became popular among gardeners in the sixteenth century. If left undisturbed, they can grow and reproduce for decades or even hundreds of years. Galantamine, an alkaloid extracted from the bulbs and flowers of daffodils and other plants, is used in the treatment of Alzheimer’s. The daffodil is the national flower of Wales, perhaps because it is usually in flower on St David’s day, 1 March. As a birth flower for March and a harbinger of spring, daffodils have traditionally been associated with rebirth and happiness – though some believe that presenting a single flower will bring the recipient bad luck. Personally, we prefer to think that even one daffodil is better than none!